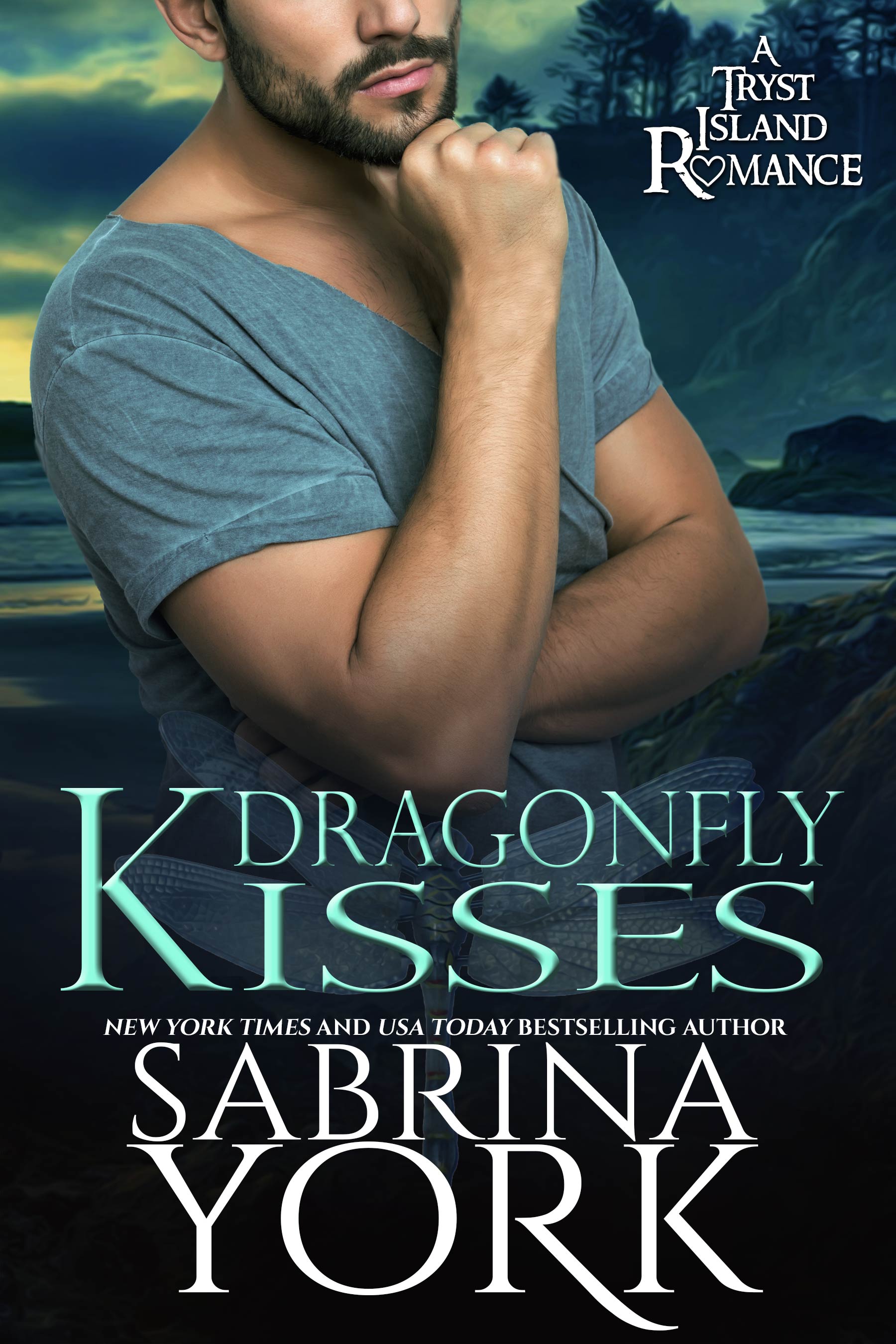 Dylan Deveney has no interest in a wild fling. He simply wants a quiet place where he can try to forget a painful past and, barring that, drink himself to death. But when he catches a glimpse of his exquisite neighbor—in the buff—his passion for life reignites.

Cassie French can’t resist Dylan’s allure. From his scruffy beard to his earring to his intriguing dragonfly tattoo, she’s crazy about him. And sex between them is scorching. Everything seems perfect…until a tragedy from Dylan’s past threatens to ruin everything.

When they finished eating and bantering, a crackling silence fell. Cassie licked her finger and blotted up her crumbs. “Well,” she said. “I should probably be going.” She moved to stand.

One word, sharp, with a tinge of panic, froze her in place. She glanced at him.

“Please stay. I’ve…enjoyed talking to you.”

She forced a smile. “Lucy will be worried.”

She laughed. “About me. Poaching. We have rules about poaching, you see.”

“Poaching only counts on things you own. Lucy doesn’t own me.”

Cassie cleared her throat. “She wants to. And she has dibbs.”

He snorted a laugh. “Sounds like third grade. And, by the way, I thought Bella had dibbs.”

“They’re dueling over you.”

His expression sobered. “Do I get a say in this?”

She tipped her head to the side. “Have you met them? They can be rather…adamant.”

“So can I. When I want something.”

Her heart flipped. “You, ah, want something?”

Holy heaven. His gaze was steamy. It left no doubt about exactly what he wanted. But she had to ask. “W-what?”

He stood, balancing on one foot. “Come here.”

The thread of command, of yearning, in his tone snared her. She couldn’t ignore it. She rounded the table and looked up at him. This close, he was even more mesmerizing. And he smelled…he smelled delicious. His cologne teased her nostrils. Musky and woodsy and manly.

She stilled as he threaded his fingers through her hair and cupped her cheeks. And then his head descended.

His lips brushed hers. Just a soft, sweet buss, but it held a skein of promise, a hint of hunger and a tinge of desperation.

At her moan, he deepened the kiss, opening his mouth, pressing against her, consuming her. His taste, his essence, flooded her. Desire, wild and wanton, lashed her. Unbidden, a moan rose in her throat. He took it, swallowed it, gave it back.

He pulled her closer, flush against him. His body was hard and hot. Demanding. A trill of excitement rippled through her as she nudged the thick wedge of his erection.

Something about this man curled around her sanity, her core, and sank in with needy claws. She’d kissed a lot of men in her life. But never a kiss like this.

He slanted his lips and took her from a new direction, molding his mouth over hers, teasing, nibbling, licking. She shuddered as his tongue dipped in. She met it with her own, then, unable to resist, gently sucked.

He reared back and stared at her. His eyes were rimmed with red, burned with desire. “God, Cassie,” he groaned, but didn’t finish the thought. As though he couldn’t resist, he kissed her again, but this time with a fiercer passion, one that made her muscles lock, her heart thud, her body melt.

She wrapped her arms around his neck, stroked his hair, then scored his scalp in a rake of need.

His fingers began to rove over her back, up to her nape, down her flank. He squeezed her buttocks. The pressure sent shudders through her.

And then, as he held her tight with one hand, the other skated to her breast, gauging her reaction as he gently cupped her. When she didn’t resist, when she wriggled impatiently in his embrace, he swept a thumb over her nipple.

Her body seized. Rivulets of pleasure washed through her, sending pings of absolute delight straight to her tingling clit. She couldn’t help it. She ground that nub against his hardness.