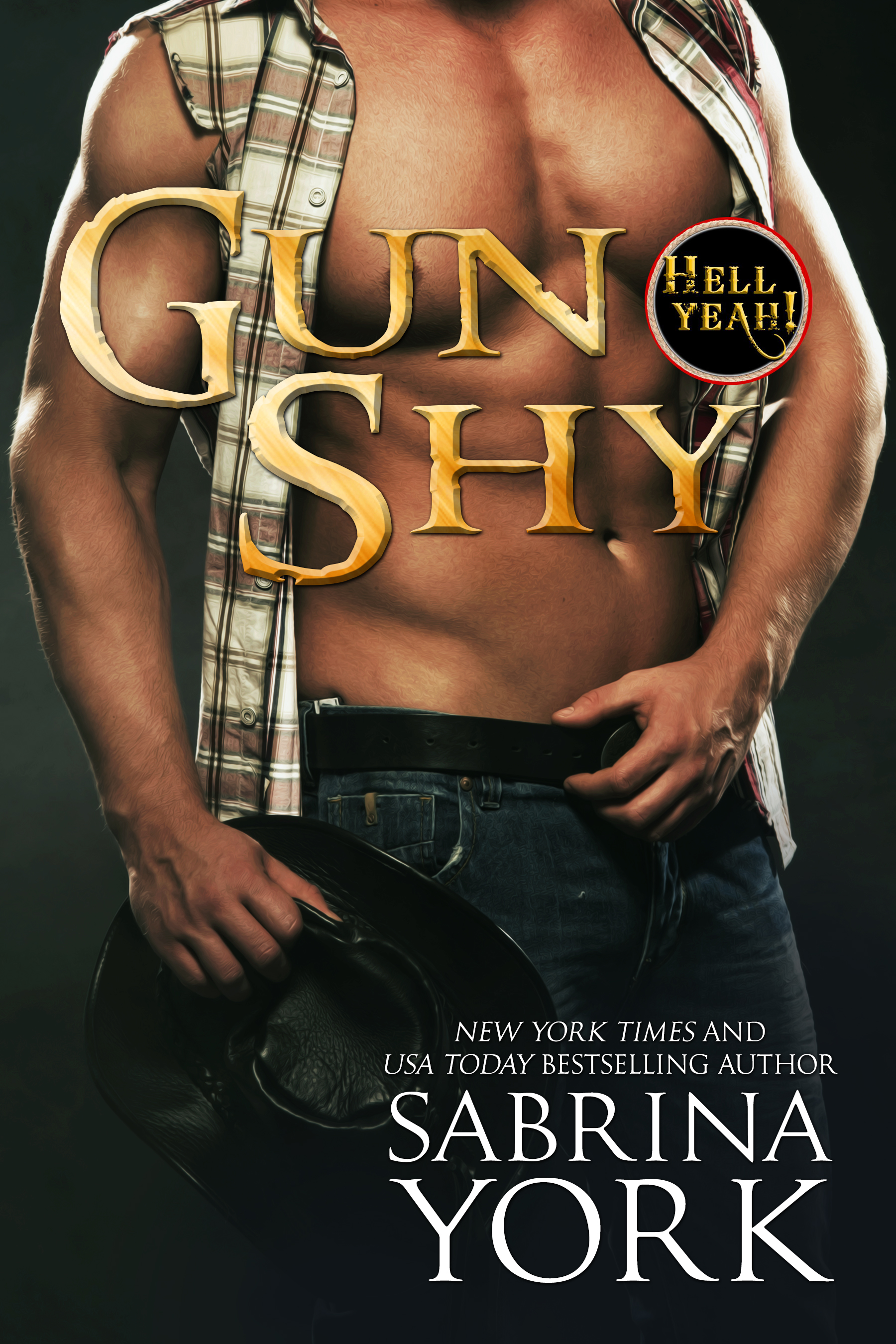 READ ON TO ENTER THE GUN SHY GIVEAWAY!

Returning to his hometown to sell his hated father’s ranch, the last thing Andrew Grant expects to find on his first day in town is a reason to stay. But there she is, Melissa Divine. The girl he loved all those years ago.

It was the grin that did her in. Warm, gentle, understanding.

It was that grin that washed away her reluctance.

Could she be wrong?

There was that risk in every decision in every day of living.

There was no shame in the fear.

Running from it was the weakness.

She did not run.

She took a step toward him. And another. She went up on her tiptoes, cupped his nape in her trembling hand, and she kissed him.

His lips were mobile beneath hers and warm, but he made no other move. She had to take his hand and set it on her hip before he touched her. But once she had issued that subtle invitation, he didn’t require more.

He turned her around and braced her against the kitchen counter and deepened the kiss, sending glory and delight through her body. She reveled in the sensation of his mouth trailing hotly over her cheek and down to the crook of her neck, where he nibbled at the sensitive skin there.

Ribbons of pleasure skittered over her nerves and she pressed against him, trying desperately to get closer. His scent surrounded her, filling her nostrils, dizzying her mind. Filling her with an irresistible urge to taste him as well.

Madly, voraciously, they ate at each other, licking, lapping, nipping all exposed skin and then, in a frenetic rush, exposing more. In her frenzy, she popped the buttons off his shirt. They skittered all over the floor, but neither of them noticed or cared. They also ignored the dogs’ amusement with the new toys.

As buttons and toenails clattered on the linoleum, Andrew murmured something unintelligible and walked her backwards into the room off the kitchen.

Thank God the room was off the kitchen.

She didn’t think she had the wherewithal to make it up the stairs.

Her body was afire, liquid and languid—as though an angry volcano bubbled at her core.

Andrew seemed equally shaken. His hands shook as he removed her blouse. His eyes were wide, red-rimmed, as he stared at her breasts, cupped in nothing but lace.

“God,” he sighed. “God.” Then he whipped around and kicked the door closed with his boot.

She laughed. “Why did you do that?”

“The dogs sleep with me sometimes. At the moment I’d prefer they not join us.”