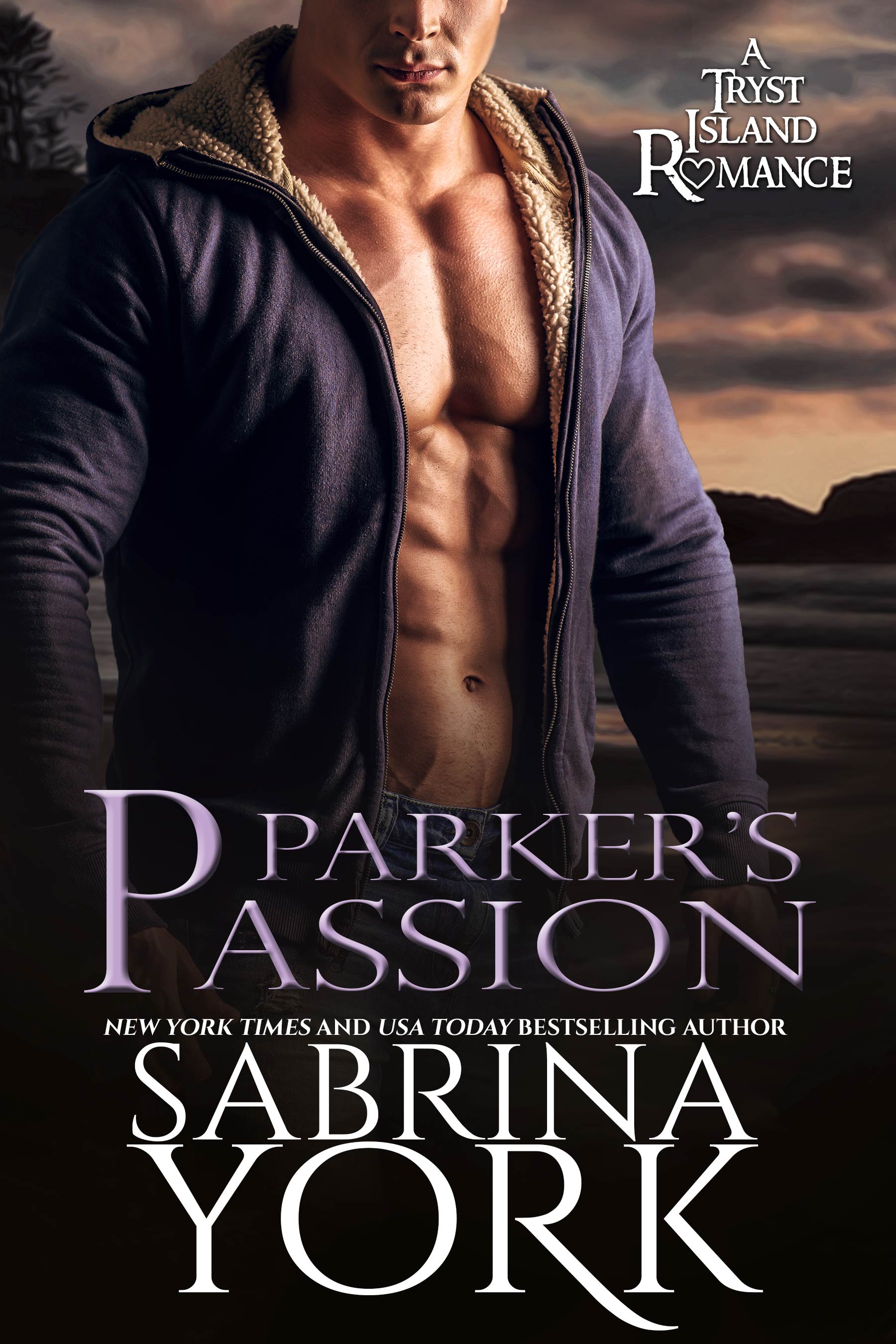 Scarred by a long-ago crime of passion, Parker Rieth has dedicated himself to a cold, emotionless existence as a divorce lawyer. He is utterly unprepared for the effect Kaitlin Stringer has on his heart, mind and soul. Beautiful, ethereal and irresistible, she touches him in a way no other woman has. Though he has vowed to avoid her, he is drawn toward her. Psychic healer Kaitlin is just what Parker needs to reconcile his past, to finally set old ghosts to rest, and to claim his destiny. Can he find the courage to step into Kaitlin’s embrace? Does she have what it takes to awaken his sleeping passion?

For some reason, he was suffused in the memory of last night’s kiss, though in truth, it had never been far from his mind.

He wanted to kiss her again. Here. Now.

She looked away, as though the intensity between them was too strong. Her focus snagged on his shirt. Her eyes went wide. “You’re hurt.”

He glanced down. Yeah, it was pretty bad.

“Let me see.” She tugged at his shirt, lifting it.

No! A voice screamed in his head. Don’t let her see. Parker lurched back, out of reach. “It’s nothing.”

She frowned at him. “It’s not nothing. And there’s another cut on your arm.”

Yeah. He felt that one, a throbbing ache. As pain went, it wasn’t too bad. “It’s okay.” He stood and teetered a little as his head went light. She was there by his side in a heartbeat, looping her arm around his waist so she could help him walk.

What a joke. She was the tiniest thing he’d ever seen. If he fell, there was no way she could stop it.

But he let her help him. Because he couldn’t bear to refuse. It felt too good, touching her again. They made their way back to Ash’s house on the wet sand at the surf line because it made walking easier. When they got to her place, she turned to head up the stairs, but he stopped. She peered up at him. “Here?”

He shook his head and pointed to the house next door. “I’m over here.”

She nodded, as though she understood his need to be in a familiar place, and allowed him to guide her to the basement door. He was glad he’d taken that room, especially now. The stairs up to the main deck seemed like the slopes of Kilimanjaro.  Though it hadn’t hurt so much on the beach, the cut to his abdomen was really starting to sting and the blood stain was becoming alarming.

The bottom floor of Ash’s place was a daylight basement that stretched the breadth of the house, though not much daylight seeped in. But there was enough to see, as Parker made his way across the room to the bedroom in the corner. He flicked on the light and collapsed on the bed. Damn. That did hurt.

“First aid kit?” she asked in a no nonsense voice.

“In the bathroom. Under the sink.” He nodded in that direction.

When she took off to find it, he carefully peeled back his shirt and frowned. The cut was nasty, but not too deep. He wouldn’t need stitches, but it would have to be wrapped and he’d probably need to go see Doctor Marks first thing on Monday. Maybe get a rabies shot or something.

A gasp from the doorway shot through him like a bullet. He yanked his shirt down but it was too late; he could tell by the expression on her face, she’d seen. “It’s not bad,” he said in a light voice.

She snorted and dumped gauze, peroxide, antiseptic and tape on the bed.

And then she dropped to her knees before him.

Holy Jesus God. She dropped to her knees before him. In his bedroom.

A devastating lust swept away the mortification that she’d seen his scars. He nearly lost consciousness. Despite the fact he was in pain, his cock rose.

What was it about this woman?

On her knees before him?

“It needs tending,” she said, ripping open a package of gauze and setting it aside. “Lift your shirt.”

In front of a woman?

A woman he wanted to—

“Lift. Your. Shirt.” Her tone brooked no refusal.

“Kaitlin…” He should warn her. She’d seen it, but maybe she hadn’t really seen it.

“Parker, I need to get some peroxide on it and quickly. Please. Lift your shirt.”

It had been a nice fantasy, while it lasted. Once she saw, she’d run screeching the other way. They all did. Or, if they didn’t screech, their noses would curl up and their faces would go all cold. And then they’d quietly run away.

Slowly, he pulled up the hem.

And hell. Yes. Her nose wrinkled.

But she didn’t run.

She touched him. She touched his scars—mottled and discolored and ugly—thumbing them gently. “Hmm,” she said, turning away to open the bottle of hydrogen peroxide and soaking the gauze with it. She met his gaze saying, “This will be cold,” before daubing it on his cut.

He flinched when she touched him.

Most of the nerves there were dead. The only place it burned was on the sides, where his scars weren’t quite so thick.

She gently dabbed at him, making sure to get the antiseptic over the whole cut. “I’m going to cover this, but I need to wrap it around your waist,” she said. “It will be easier if you take off your shirt.”

His belly was bad enough. But the rest of him?

She sent him a mocking pout. “Parker, let me help you. You helped me last night. It would be my honor to return the favor.”

God bless her. She was so damn sincere and genuine. How could he explain?

“I don’t like taking off my shirt,” he said. Well, that didn’t explain much. Then again, it explained everything. “These scars…” He waved to his exposed stomach. Hell he could barely stand to look at it himself. He hated the way he looked. Had since he was five.

He sucked in a breath, steeling his spine. “I have them…all over.”

She set her hand on his knee. Her jaw went slack. Her eyes glazed over. “Wow,” she said after a long moment. She cleared her throat. “That must have hurt a lot.”

“Okay. Now take off your shirt.”

“Just do it, Parker. Let me wrap this up and then you can put your armor back on.” This she said gently, with no discernible derision. It was horrifying how she seemed to see right through to his soul. Then again, it was comforting as well.

Which was probably why he did it…why he took the hem of his shirt in his hands and pulled it off. Exposing himself to another human—not in the medical profession—for the first time in years.