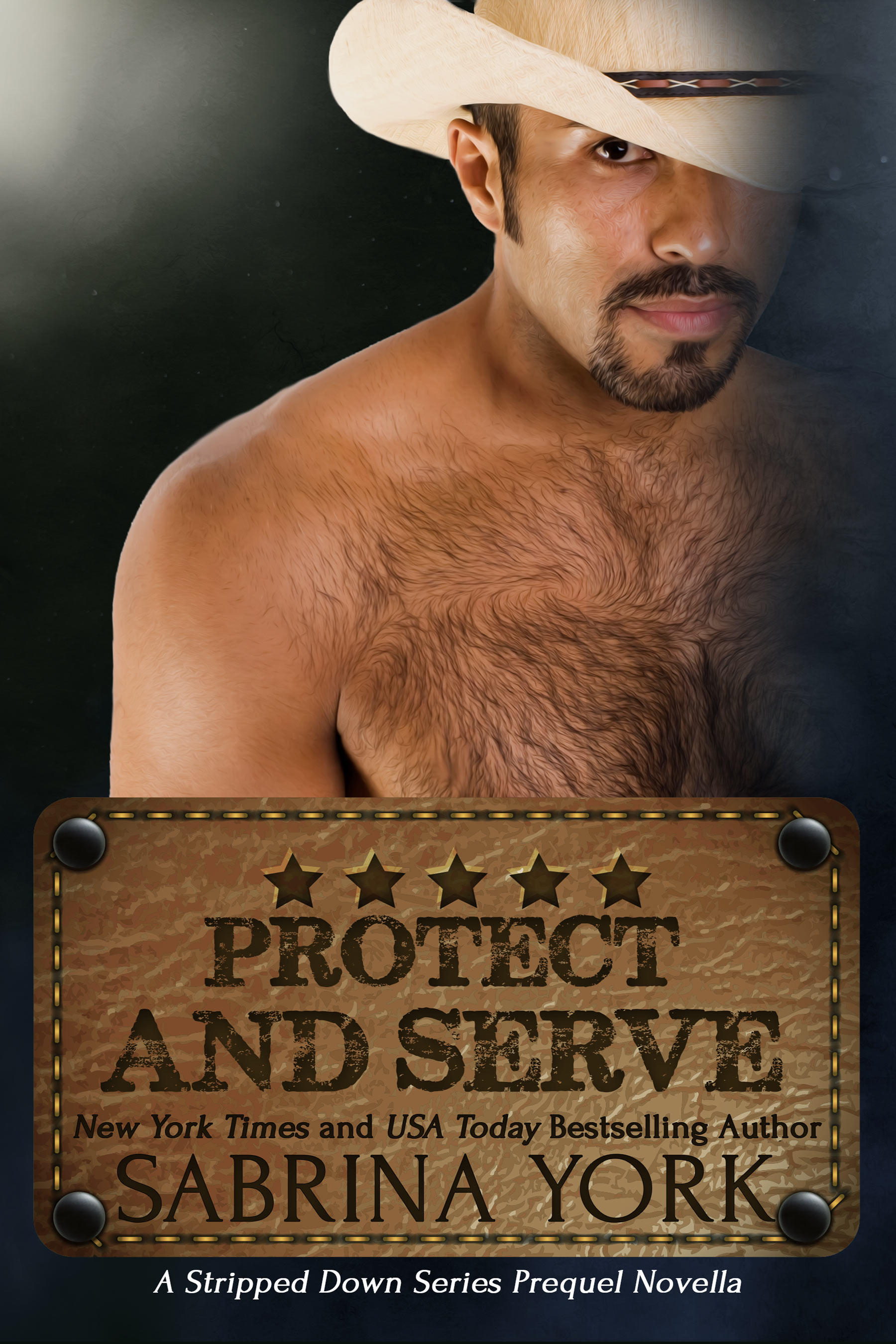 Claire Silver took her foot off the gas and glanced at Porsche. It was so nice having a friend who liked to control the universe. “Do you want to drive?”

Porsche turned away and sniffed.

“Yeah. I thought so.” Porsche never wanted to drive. She preferred to let someone else do the work. And bark orders at random intervals. She loved barking orders.

Claire frowned. “Do what?”

“I do not speed.” She checked the speedometer and lifted her lead foot once more. The road from town to the ranch was long, straight and boring, but that was hardly an excuse.

“What are you thinking about anyway that makes your face scrunch up like that?”

“My face is not scrunching up.” It wasn’t. She wasn’t annoyed or fretting in the slightest. Panic and desperation were not crawling up her spine like big black hairy spiders.

Thirty wasn’t that old. Her life wasn’t over. Not yet.

Porsche fiddled with the strap to her purse. “Your face is definitely scrunching. Are you worried about the wedding?”

Claire’s gut heaved. “No. Why would I be worried about the wedding?” It wasn’t her wedding. Would it ever be? It wasn’t as though she hadn’t had a chance to get married. She had. Dustin had asked her several times. But she’d turned him down. Each and every time. She couldn’t regret it. Her heart had told her no.

But that had been five years ago. She’d thought she had plenty of time to find him. That perfect man.

He hadn’t shown up.

She despaired he ever would.

But then, why would he? Why would he come to Snake Gully of all places? It was the kind of place people wanted to escape.

She wanted to escape, but her brothers needed her and she’d spent her whole life in this town. Nearly everyone she knew in the world lived here. Besides, she’d tried living in the city. She just wasn’t a city kind of girl. She’d hated the traffic and the pushing and the people everywhere.

There was no peace in the city. Not like she could find lying in a field at night and staring up at the stars with the music of crickets and rustling grass as her accompaniment. She loved her job, her family, the ranch. Her life was practically perfect. There was only one thing missing.

And time was running out.

Claire glared at Porsche and touched the brakes.

Thirty wasn’t that old. Was it?

And that gray hair she’d found this morning at her temple? Surely that was an anomaly. Surely the buzzing in her head wasn’t her biological clock blaring a strident alarm. Mate. Mate. Mate.

She had a sudden vision of herself sitting in a rocking chair on the porch of the ranch house, wearing a shawl she’d crocheted herself and surrounded by cats. She shuddered.

She hated to crochet.

Porsche huffed a sigh and said, “Well, I don’t blame you for stressing—”

“Weddings are a big deal. A lot of details to think about.”

“Cade and Lisa are easygoing. It’ll be a simple affair.”

“Then why are you scrunching?”

“I’m not scrunching.” Damn it all. Why did she have to be so…Porsche right now?

“You’re speeding again.” Her friend pointed at the road ahead of them to illustrate her infraction, though Claire failed to see how it did so.

Porsche was like that, a font of non sequiturs.

Claire glared at her. “Do you want to drive?”

“I’m just—” Porsche broke off as a loud wail sounded behind them.

Claire’s heart thudded as she caught the multicolored lights in the rearview mirror. “Shit.”

“Thank you so much,” Claire muttered as she slowed and pulled over to the side of the road. The last thing she needed right now was another ticket. Her insurance agent would have a conniption.

She blew out a breath as she rolled down the window and waited for the officer to make his way to her car. He didn’t seem to be in a hurry. It would have annoyed her, his meandering pace, except it gave her a chance to appreciate his broad chest and tight pants.

Claire had never had a thing for men in uniform—they tended to be cocky and domineering—but this trooper looked like he’d stepped out of a romance cover shoot. Or a gym. Or the colosseum. He was large and looming and his muscles bulged. Like, everywhere.

She swallowed her drool and fixed a contrite expression on her face as he neared. He leaned his arm on the top of her car and bent to look at her through his government-issue shades. They had to be Government Issue, because every trooper who pulled her over wore them.

But this guy wasn’t your typical trooper. In keeping with his most excellent physique, his features—the ones she could see—were those of a Greek god. A tanned Greek god. Chiseled from marble.

His nose was long and straight and his chin was hard and firm. But it was his lips that captured her attention. Though he attempted to look all mean and serious, those lips were lush and beautiful and turned up at the corners, ruining the effect of his ferocity.

She tried not to bristle. She hated when the officers who pulled her over called her ma’am. “Good afternoon, sir.” Yeah. Kissing up, for sure.

She wasn’t prepared for his reaction. He stilled. The tiny muscles around his mouth tightened. His nose twitched. “Are you…in a hurry?”

“Oh. No, sir.” Another twitch. “I’m sorry. I just wasn’t paying attention to my speed.” She waved at Porsche. “We were talking.”

“Don’t involve me in this.” Porsche was such a friend.

“Do you know how fast you were going?”

A trick question. Claire opened her eyes real wide and tried to look scared and innocent and all that shit. “How fast, officer?”

She had the distinct impression her response irritated him. “Fast.” A muscle pulsed in his cheek. “License and registration, please.”

With a sigh, she handed the information over. She kept it handy in the console for situations just like this. The trooper took her papers and scanned them. He stilled, and then glanced at her. “Claire Silver?”

She had no idea why he asked. That was what her papers said. No one in their right mind would pretend to be her. Her life sucked. “Yes.”

He nodded to her, a quick bob of his head, and then made his way back to his car to run her plates. Claire knew what he’d find.

She struggled with the urge to just peel out, but she knew better.

The county sheriff knew where she lived; they’d probably find her.

It took Hottie McHotterson a while to do whatever it was troopers did when they went back to their cars—maybe down a sandwich?—but when he made his way back to her car, his expression was like granite.

A shiver rippled through her at the sight. She had no idea why.

He stopped by her car and stared at her for a long moment before handing her papers back. “I see this isn’t your first rodeo, Miss Silver.”

“Six in the last six months. You realize you are coming very close to losing your license for reckless driving?”

“I’m not reckless. I promise.”

“You are a repeat offender. I’m within my rights to take you in.”

Her heart lurched. Well hell. This had never happened before. “Take me in? In where?”

She boggled. Actually boggled. Her eyes went wide and her jaw dropped and she stared at him like a tarsier. “J-jail?”

He let her stew for far too long before he relented. “But I won’t. I do, however have to give you a ticket.”

She batted her lashes. Sometimes that worked. “Please? Can you let me go with a warning?” She even tried a smile.

He didn’t budge. “A warning? What kind of warning?”

He snorted something that might have been a laugh. “I think you’ve had plenty of warnings.”

Seriously? No one had ever given her a warning. They went straight to Ticket Land. She batted her lashes again. Hopefully he wouldn’t think she was having a seizure.

And he didn’t. He leaned closer. Close enough that she could smell his delicious breath, feel his heat, see her own reflection in his stupid glasses, and he whispered, “That didn’t work in high school, Claire, and it’s not going to work now.”

Her pulse stuttered. Wait. What?

Her gaze flicked down to his nametag. Dunham. Dunham? Had she known a—

It hit her like a wave, hard and fast and spinning her around in a breath-stealing froth. Shit. This was Charlie Dunham? She flicked a look at his shoulders, his broad chest, the biceps bulging from the short sleeves of his uniform. It couldn’t be Charlie Dunham. The scrawny boy who’d followed her brother Cody around like he was God? The boy who’d pulled her pigtails and had once stolen her clothes when she’d been skinny-dipping in the lake?

His lips kicked up into a smirk. Now that she remembered.

Then he ripped the ticket off his pad and handed it to her. She took it with numb fingers. “Try to watch your speed, Miss Silver,” he said in an annoyingly officious tone. “Oh, and say hello to Cody for me. Now that I’m back in town, he and I need to get together for a drink.” What that, and a mocking salute, he spun on his heel and walked back to his cruiser, leaving Claire stunned and silent in her car.

Charlie Dunham was back in town. And daham, he was hot.