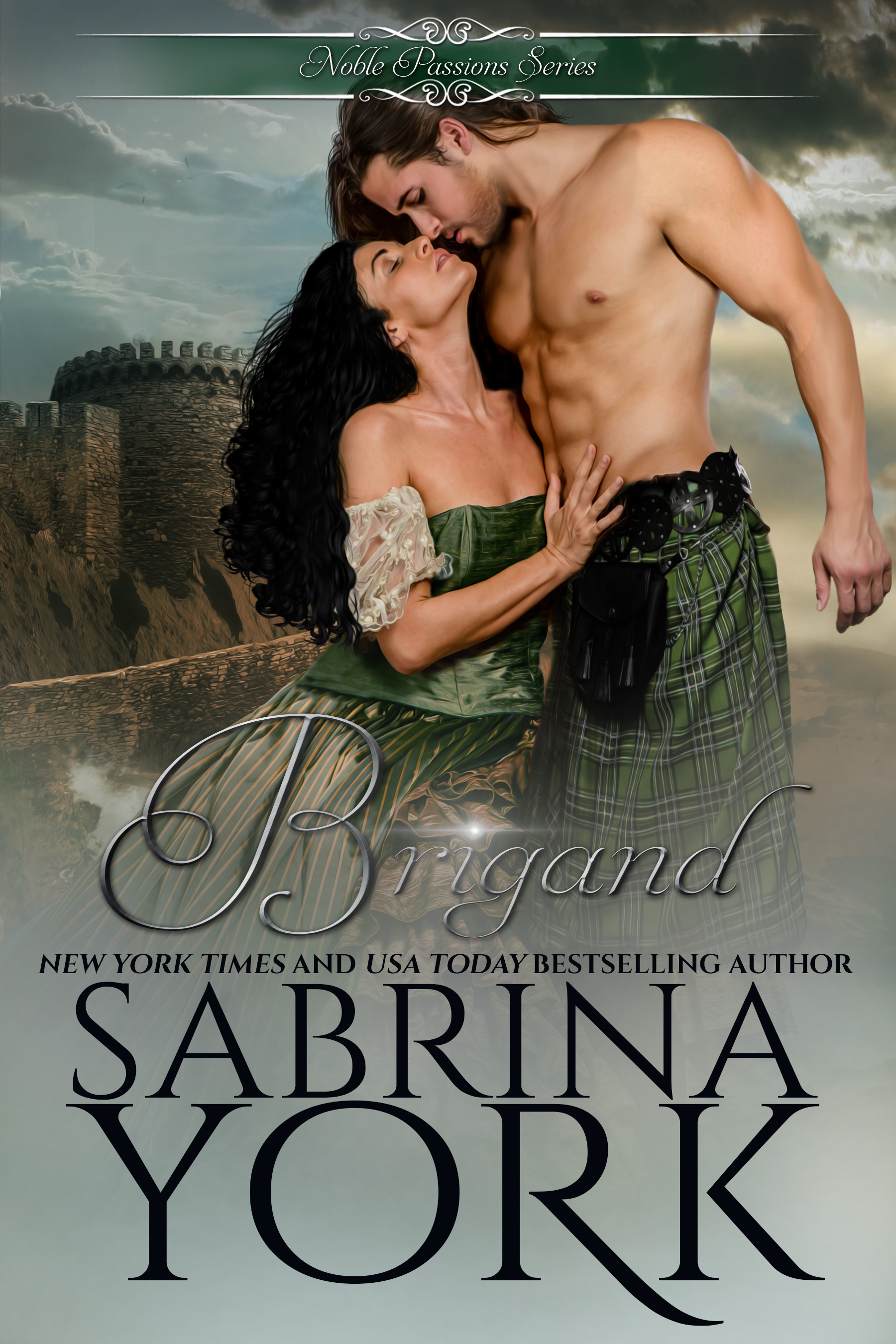 Violet stumbled on the stairs and the water in the heavy bucket sloshed, dousing her with hot water. She sucked in a breath as pain seared. She set the bucket down on the landing and pulled her skirts up. Her skin was red. She ruffled the tatters of her petticoats, waiting for the sting to subside.

The door to the Laird’s solar swung open. She stepped back so it wouldn’t hit her and it slammed into the wall. The McCloud glowered down at her. His gaze stalled on her bare legs. It was riveted—until she dropped her skirts—then he snapped, “What the hell is taking so long?” His glanced back at her damp skirts and his frown darkened. He picked up the last bucket and carried it to the tub, dumping it in himself. “For god’s sake. How long does it take to bring a few measly buckets up from this kitchen?”

A few measly buckets? It had taken twelve trips, each with a bucket that weighed near as much as she. Violet glared at him. “Is that enough?” She probably didn’t need to clip the words quite so much, but she had already worked for hours. She was tired and sweaty and her skin ached and Morna was waiting for her to come help prepare dinner.

“Where do you think you’re going?” His voice rumbled through the room, a deep tenor. Her steps slowed.

Her heart stilled at his words, his intent, and especially the look in his eyes. “Wh-what?”

“Come now Violet. The laird of the manor can’t be expected to scrub his own back, can he now? Be a good girl, close the door and come over here.”

“Of course you can. And you will.” His eyes glinted with something other than humor. The unspoken threat hummed in the stony chamber. “You may want to turn around while I undress, unless you want an early education.” He began to unbutton his shirt.

With an undignified “eep” Violet whirled and showed him her back until she heard the splash and his gusty sigh.

“All right, girl. Get to work. Scrub my back.” He gestured to a chunk of soap and sponge on a small table. She picked them up, approached the tub and knelt behind him, trying not to stare at the bunching muscles, the broad expanse of tanned skin. She couldn’t help but notice it was covered with scars. Long and short, criss-crossing over one another. As though he’d been brutally beaten and lashed time after time after—“Did you close the door?”

Her bubbling sympathy evaporated in a rush. She stuck her tongue out at him, but only because he couldn’t see. Then, with a heavy sigh, she levered herself up off the floor and closed the door. Well, slammed it, perhaps.

Amazingly, he did, even though she knew her efforts bordered on abuse. But my, it felt good.

“Oh, you’re not done.” He tugged her around to the side of the tub so she faced him. She focused on his crooked nose, schooled her gaze not to drift lower. “Now it’s time for you to scrub my front.”

She really disliked the look in his eye. There was mischief—and something much darker—coiling in there. “Fine.” She dropped to her knees and wet the sponge again, but rather than dunking it, merely skimmed the surface of the water.

Her gaze snapped back to his face. She looked at him. Really looked at him, perhaps for the first time. Her mouth went dry. The gray eyes laced by thick black lashes. The broad smiling mouth. The curve of his jaw.

“Knives don’t cut like that.” It was uneven and rippled, like the flesh and been shorn off in places and sliced in others.

He narrowed his eyes and barked, “Goddamn it, girl, finish washing me. The water’s getting cold.”

But he did. She could see it in his eyes. There, for a flash of a moment, she saw that boy in his eyes.

He rose from the tub in an unholy rush. She didn’t have time to look away. The vision of his naked body, hard and lean, scarred and perfect, burned on her brain. He grabbed a cloth and covered his loins.

A dark cloud lowered on his already stormy brow. “What happened to me? You mean, how did I become the beast that I am?” The vitriol in his voice made her shake, but she didn’t back down.

Indeed, as he stared into her questing eyes, his fury passed. He scrubbed a palm over his broad face. “Go,” he croaked. His tone was laced with an emotion she couldn’t decipher. Desolation, perhaps. Grief. “Just go.”