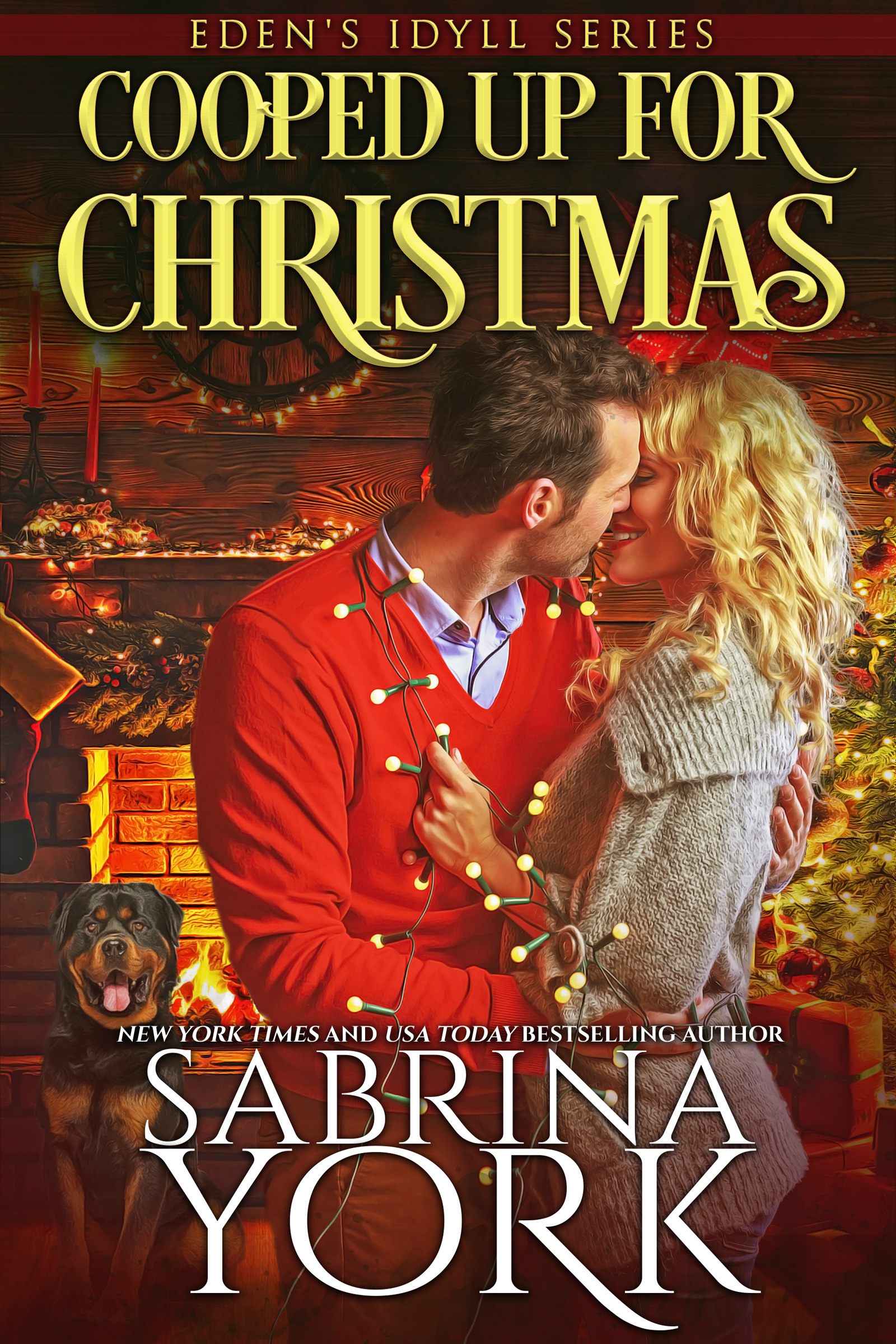 Cooped Up for Christmas

If you’re a Below Deck fan, come visit the People Behind the Shrubbery…

Though she has a romantic holiday vacation planned with her boyfriend, Victoria Walker, VP of Hospitality for Eden Properties, Inc., is called to fill in for a flaky employee at the last moment. Forced to spend Christmas as Visit Manager at Eden’s luxury Mistletoe Lodge at Shannon Lake, Vic finds herself spinning to keep up as she revisits her first job—serving impossible clients, herding a veritable clowder of staff-kittens, and dealing with an overemotional French chef. To make matters worse, her client has requested high-octane snow sports, so the staff also includes former Navy SEAL, Cameron Cooper, who now works as an excitement adventure tour guide to the obscenely rich.

Oh, and also? Cameron is Vic’s ex. You know. The one you hope you never run into again, because he’s the only one with the power to shatter your heart…

After everyone else cleared out, Coop winked at me and followed the rest of his crew to the stairs leading to their billets. For some reason, for a second there, I was pretty damn happy he was here.

But then, he stopped short, turned slowly, and came back to me. “Oh. I do have a question, Vic.”

He looked around the empty room, then leaned in; his lips touched mine.

The kiss was utterly unexpected.

It wasn’t an onslaught. It was, indeed, a question. Sweetly asked with timorous hope.

I didn’t intend to answer that question. I swear to God I didn’t. Something possessed me, took hold. Something made me kiss him back. Maybe it was the allure of his breath; I wanted to drink it all in. Maybe it was just joy that we were together again. Maybe it was just a reawakened primal lust or the fact that I was so damn lonely all the time… Surely it wasn’t the ache of a soul unfulfilled.

I was damn fulfilled. I had a great job, a fabulous apartment, and a hot boyfriend.

What a pity he wasn’t anywhere in my mind when I kissed Coop back. That kiss seared away all thoughts entirely.

It turned into a long, hot, hard kiss, one that woke up parts of my body that had been, apparently, in hibernation for years. In fact, his kiss set me afire.

So much so, that I lurched back and swiped my bangs out of my eyes and said, “There. Does that answer your question?” in a frosty tone that was hardly breathless at all.

I have no idea why he laughed.

“It does indeed, Vic.” And then—to my horror—he turned away and headed back to the stairs.

“And what was that burning question, may I ask?” I called after his retreating form. I just had to.

He looked back and grinned. “I wanted to know if it’s still there, Vic. That thing between us.”

Heat rose on my cheeks. “What thing?” I knew damn well. I’d just felt it.

His expression made clear he was wise to me. He came close again and whispered, “It’s great to see you again, sweetheart.” And then he gathered up his gear and headed upstairs.

20 Responses to Cooped Up for Christmas