ENTER THE CONTEST BELOW

The Highlander Is All That
by Sabrina York

Elizabeth St. Claire has always been hard to please. Dreaming solely of Highlander men her whole life, no prancing London Lord can stand a chance at winning her heart…

… But perhaps a Scotsman can.

Elizabeth watches intrigued as the Highlander of her dreams, a Scotsman named Hamish Robb, arrives to oversee her season at the behest of her cousin, the Duke of Caithness. Elizabeth doesn’t hide her feelings for the striking Scot. But Hamish, determined to obey his order to protect the St. Claire sisters, steadfastly rejects her every seducing lure.

Believing that the debutante Elizabeth deserves a better, wealthier man, Hamish continues to turn away from her affection, even though he doesn’t exactly want to. Can this Highlander Scot resist the tempting seductress’ attempts to win his heart?

He emerged in the kitchens and, after greeting the plump and friendly cook—and snagging a scone from the cooling tray—he followed her directions out into the garden.

Ah yes. This was what he needed. The scent of mown grass, a hint of flowers, fresh air, and sunshine. He turned his face up to the sky and soaked it in.

Granted, it was a watery sunlight, and it struggled to shine through the haze of coal dust, but it beat the hell out of a musty carriage. He strolled along the path, studying the immaculately trimmed hedges, perfectly arranged rosebushes, and the affected pond in the center of the garden.

Everything was prim, proper, and utterly controlled. How British.

He missed the wild heathers of the Highlands, the raw scraggly trees that clung to the cliffs of the coast, the cold breeze gusting from the sea.

While he had been honored that Lachlan had entrusted him with this mission—for it clearly was important to the duke to support this family he had not known he had until recently—Hamish hated being away from home.

He had a business to run and had been in the process of seducing the lovely widow Dunn when the duke’s summons had come. But when a duke commanded one’s presence, one responded.

Hamish stilled and the little hairs on his nape prickled as he caught the trail of a tantalizing song. Like a sailor called by a siren, he followed the sound. As he rounded a corner, a whimsical gazebo came into view. There, leaning against a column, was his angel.

Her face was exquisite, delicate, and finely formed, utterly classical but for the button nose. Her hair, curly and glossy, skimmed her shoulders, and her dress pinched in at the waist, highlighting a fine form.

His breath caught as she tipped up her chin and warbled a few more notes. Then he must have made a noise, for she abruptly stopped singing and turned.

As she saw him, her cheeks turned a charming pink, and Elizabeth clapped her hand over her mouth.

“Doona stop,” he said before he could halt the words.

“Oh dear,” she said with a delightful laugh. “I’ve been caught out.”

“You have a lovely voice,” he said, stepping closer.

Her grin was entrancing. “You are a very kind liar.”

“Well, thank you, sir.” She gifted him with a mock curtsey.

“Do you often sing in the garden?” he asked.

“Only when I am certain no one can hear.” She turned away and stepped into the gazebo. He couldn’t help but notice the seductive swish of her skirts.

He clamped down on his lustful thoughts. She was a girl. One who was far too young to know a thing about seduction. Obviously, his imaginings were born of his own desire, and it would behoove him to remember that. He was here to see her wed. To be her protector. Not to pursue her.

She was the duke’s cousin.

Still, he followed her up the steps into the folly. She sat on a padded bench and he took a seat on the other side, far out of reach.

“Have you recovered from your journey?” she asked politely.

“Aye. A walk in the garden has helped immensely.”

“I can imagine. Traveling can be so dull.”

“Have you traveled much?”

“A bit here and there. Brighton, on holiday. York, for a house party. We went to Scotland once, but I was young.”

“Ah.” That caught his attention. “How did you like it?”

“Oh.” Her face transformed to one of rapt excitement. An expression that grabbed him by the solar plexus and tugged. “I absolutely loved it.”

“It was so beautiful and wild. The people were lovely and the food was delicious.”

He had to laugh. Her lie was so blatant.

“I would love to go back sometime.” He appreciated the wistful note in her tone.

“I miss it already.”

“I can imagine you do.” She sighed. “It must have been difficult to put your life on hold to come here and help us.”

“The duke insisted.” He regretted his words immediately, as she flinched. “However, I’m certain we shall enjoy this adventure.”

“I do hope your time here is pleasant.” Unfortunately, she’d gone all prickly and formal, which he couldn’t help but regret.

“It must be difficult for your family to have you gone as well.” She looked away as she said this, but he caught an odd glimmer in her eye before she did.

Ah. That was it. The little minx was fishing for information. Something warm trickled though his veins, and he bit back a grin. “I doona have a wife, lass.” Why he invested the words with a low rumble, he did not know. Or perhaps he did.

Her response was immediate. A slow smile blossomed on her beautiful face. Was it possible it made her even lovelier? “No wife?”

“No’ a one.” He chuckled. Damn, if she wasn’t flirting with him. Though it was foolish, the prospect danced through him in ribbons of pleasure.

His mood plummeted. “What?”

“Does the baron have a wife?”

Aye, she was fishing for information.

He shouldn’t be disappointed. He’d already acknowledged that his friend was a far better catch for her. “He is a widower.” A disgruntled offering.

“He has a daughter.”

“Oh, that is even sadder. A helpless little mite without a mother?”

“Aye.” Though Catriona was hardly a helpless mite. She was more of a hellion.

“Does the baron plan to marry again?”

This was going from bad to worse. “He hasna spoken of it.”

“I was just wondering, you know, because he is very handsome.”

“And he seems very nice.”

“Aye.” There was no call for such misery, but it swamped him nonetheless.

“What a pity that Anne dislikes Scotsmen.”

Indeed, they were. He cleared his throat. “Anne . . . dislikes Scotsmen?”

“Oh yes. On account of the fact that she fell in love with one, and he broke her heart.”

He barked a laugh. “She canna blame all Scotsmen for that.”

“She can,” Elizabeth said with a smile. “And she does. Faithless philanders, all of them,” she warbled.

“That is no’ true. Scotsmen are the most devoted lovers!”

“Really?” She fluttered her lashes at him, which sent rivulets of delight and alarm through him. Her expression was far too intent. And again, not intent enough.

Her smile was stunning. “Well, I believe you,” she said, coming to her feet. He followed suit. “But you will need to convince Anne of that.”

He had no intention of doing any such thing.

She held out her arm and he took it as a matter of habit, and then they headed down the stairs.

He had no idea what happened next, other than the vague recollection of Elizabeth tripping on a stair, and his arms coming out to catch her.

But then, there she was. In his embrace. Staring up at him with wide doe-like eyes. Lips parted. Breath soft and sweet on his cheek.

She slipped a bit and gripped him closer, pressing her delicious body against his. His head spun. His cock rose.

She’s too young, some small voice cried from the back of his mind. She is unequal to your experience. This is wrong!

Ah, such a chorus of dissent.

He ignored them all and lowered his head.

The desire to taste her was far too strong, and try as he might to resist, he could not.

Get it Now:
Amazon 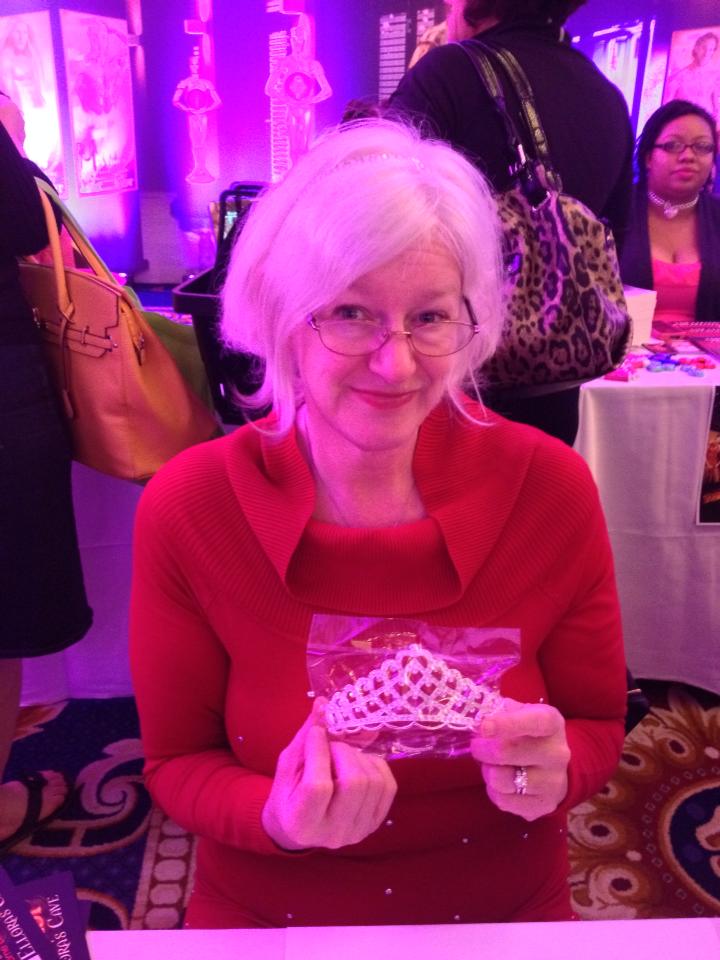 Enter to win the Highlander Is All That Tiara!
a Rafflecopter giveaway

Read all the books in the Untamed Highlander Series!

Be the first to know!
Join Sabrina’s Elite Team Now!

49 Responses to The Highlander is All That: Untamed Highlanders from Sabrina York #Giveaway