This is a book I have wanted to write forever. It’s based on an old Irish ballad called The Whistling Gypsy Rover. I finally created the story that I think best brings it into the present century. What do you think? 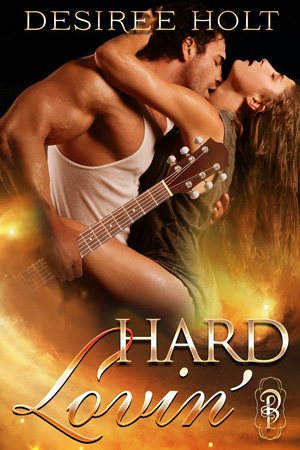 Erin Braddock, daughter of wealthy and powerful rancher Rance Braddock, has been to hell and back. So has wandering cowboy minstrel Grady Sinclair. But the moment they meet chemistry ignites between them, erasing everything else. The sex is scorching, explosive, addictive. They can’t get enough each other. The same talented fingers that coax seductive music from his guitar coax powerful orgasms from her body. Seduced by his music as well as the sinfully sexy man himself, Erin runs away with him. Nights she sits in the bar listening to his come-to-me voice promising her the erotic delights he delivers on when they’re back in their room. But will the past follow them or can they build a future together, in and out of bed?

The waitress came by and she ordered a soft drink. She didn’t drink alcohol anymore. Not since…

The song ended and he moved right into the next one. This was about loving and being free, about giving and being given, and something in the words unlocked a part of her she’d kept stored away. Freed the emotional cage she’d been keeping herself in. Free. That’s what she needed to be. And the ranch and T.J. would never give her that. She saw it so clearly now. It had been eight months since she’d come home to the ranch. Eight months away from Cal. Eight months of counseling and pampering and dealing with her own responsibilities for what happened.

Tonight she’d run because she didn’t want to exchange one kind of prison for another. And she’d come here because just maybe she saw Grady Sinclair as that first step on the road to freedom.

Applause broke her concentration, and she realized the song had ended. The sound of clapping filled the space left by the absence of music, but the heat of his voice still filled her ears. Yes, she’d done the right thing coming here. She closed her eyes to recapture the feeling the song had given her, the melody playing again in her mind.

“Okay if I sit here? Or are you waiting for someone?”

For a moment she thought she’d imagined him speaking to her she was still so focused on the song. But a warm hand touched her wrist lightly, she looked up, and those dark eyes were fastened directly on her. She was stunned that she didn’t feel the least bit of fear with him. Especially after…

She realized he was waiting for an answer and she tried a tentative smile, amazingly soothed by his touch.

“I saw you when you came in with your friends the past few night.” The waitress brought him a bottle of beer, ice cold drops still sliding down the side of the glass. “I thought how beautiful you looked. How I wished you’d come back by yourself.” He smiled, a crooked grin that made every pulse in her body pound with sudden fierceness. “And here you are.”

Yes, here she was. Shaky and calm at the same time.

For one brief moment panic coursed through her but it disappeared as quickly as it came. His scent, a mixture of earth and musk, drifted tantalizingly across her nostrils. And his eyes. A deep blue, like the shifting colors of a stormy sea. Eyes that ate her up, but also held shadows of sorrow and pain.

“I…like your music.” It helps me find escape. And calls to me.

“I’m glad.” He took a long pull at the bottle, the muscles of his throat working as he swallowed the liquid.

“I love your whole show, in fact. You’re very good.”

“Have you been doing this a long time?”

“Where are you from?” she wanted to know. His drawl was definitely Texas.

He shrugged. “Here and there.”

“No, I mean originally,” she persisted.

Someplace he obviously didn’t want to talk about. Erin could certainly relate to that.

“You just wander from place to place?”

It must be nice to have no one to answer to, nothing to tie you down. Able to you’re your own decisions.

For a moment she was seized with a fit of jealousy but she smothered it. What she should be feeling guilty about was sitting here talking to the first man she felt comfortable since that day in the hospital instead of being back at the ranch getting ready for her wedding.

“That’s right. Wherever there’s a gig. I can walk away any time I want.” He drank some more of the beer.

Must be nice. I’m thirty one years old and I don’t think I’ve ever really been able to do that.

“You look so sad and lonely sitting here,” he commented, his gaze a caress on her skin. “Are you okay?”

Was she? Not by a long shot. But somehow, sitting in this bar, listening to Grady Sinclair, everything else fell away and this became her only reality.

Give away: Everyone who purchases Hard Lovin’ and sends a proof of purchase to desireeholt@desireeholt.com will also get a free copy of my modern fairy tale, Knockin’ Boots.

Has won an EPIC E-Book Award, the Holt Medallion and many other awards. She has been featured on CBS Sunday Morning and in The Village Voice, The Daily Beast, USA Today, The Wall Street Journal, The London Daily Mail and numerous other national and international publications

Learn more about her and read her novels here:

← The PASSION & DANGER BOXED SET is live! Get 10 books for .99 cents
An Incomparable New Historical Romance Collection…and a #giveaway →