Join the action, adventure and romance in this SCORCHING trio of alpha heroes!
These stories were previously published in the Elite Metal, Elite Ghosts and Elite Elements collections 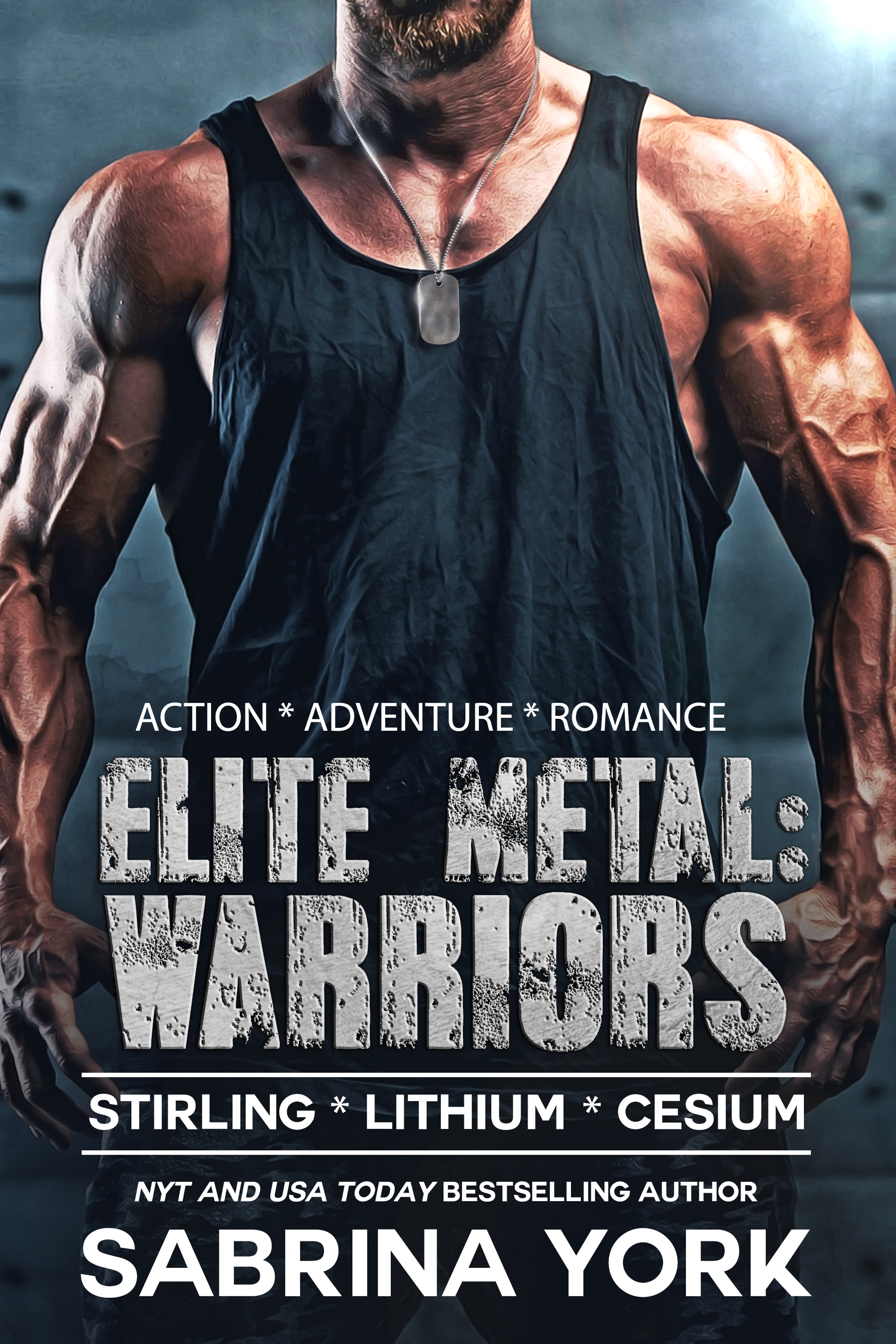 When she’s a dangerous threat to his brothers…how could he ever choose love?

When bad-ass Elite Metal member, Sterling Teller, spots a reporter masquerading as a waitress in a dingy bar in Deep Ellum, he suspects she’s investigating his team of super-secret operatives. He can’t allow her to reveal their presence. Too many of his brother’s lives are at stake. He will do anything in his power to learn how she found them…and how much she knows—even seduce her. And to stop her story from coming out? He might even tie her to the bed.

Michelle Parsons is on the run. She has evidence of a plot that could destroy the country, but in order to stop her boss and his extremist cohorts from taking over the U.S. Senate, she needs to get the information into the right hands. Trouble is, her contact, the only man she trusts, has been neutralized. She’s all alone. No one can help her. No one, but Elite Metal Warriors.

The mission is all that matters…until he meets her.

Jason “Coop” Cooper, AKA Cesium, is as cold as they come. Nothing matters except for the job—a lesson he’s learned through painful experience. But while on a mission in the gritty back alleys of Hong Kong to collect intel on one of Red Wolf’s criminal associates, Coop is stunned to meet a woman who reaches past his elaborately constructed walls. A woman who sparks a fire inside him. One that could burn him from the inside out.

Coop and Natalia come together in a clash of wills that threatens to destroy both of them. Other than their stubborn determination to complete their missions, they have absolutely nothing in common.

← ThanksChristmas Giveaway
Cooped Up for Christmas →