One of six amazing novels in a landmark collection honoring the heroes of Waterloo and the ladies they love!

This limited edition box set includes 6 scorching romances that commemorate the 200th anniversary of the June 18, 1815 Battle of Waterloo.

From the Duchess of Richmond’s ball in Brussels to the Battle of Waterloo and beyond, join these six unforgettable heroes as they journey back from the physical and emotional trials of war and discover the passion that thrills the body can also heal the heart.

The Stories in the Set:

Interlude with a Baron by Cerise DeLand

Emma wants only an interlude with the man she’s adored for years. But Drayton Worth has spent five years riddled with guilt for hurting her—and he’s determined to have more than a few nights in her bed.

Daniel Sinclair is a broken man with war wounds that are physical and spiritual. He’s weighed down by grief and guilt and tormented by his tarnished honor. When he meets Fia Lennox, a beautiful and brave Highland lass in dire need of his protection, he sees in her his chance for redemption…or utter damnation. Because despite his valiant attempts to resist her, he cannot.

Love After Waterloo by Suzi Love
When Lady Melton and her son join Captain Belling and the last wounded soldiers evacuating from Waterloo to London, she expects clashes with army deserters but doesn’t anticipate how falling in love with the antagonistic captain will change her life.

Dreaming of Waterloo by Lynne Connolly

Paul “Lucky” Sherstone daren’t even let his wife too close because of his headaches and the living nightmares he can’t dispel. Hetty hardly knows the man who comes back from war, but one thing she does know—she still wants him.

The Captain’s Heart by Suzanna Mederios

A man who is determined to fulfill his duty at the expense of his own happiness, a woman who wants only one taste of true passion, and a case of mistaken identity. Can Captain Edward Hathaway and Grace Kent overcome the guilt that continues to haunt them both and find true love?

For Love or Revenge by Dominique Eastwick

Captain Roarke Wooldridge is about to find out that sometimes love does heal all wounds.But when his need for revenge collides with desires he never believed he would feel again, will he be able to put aside the scars of Waterloo to embrace his future? 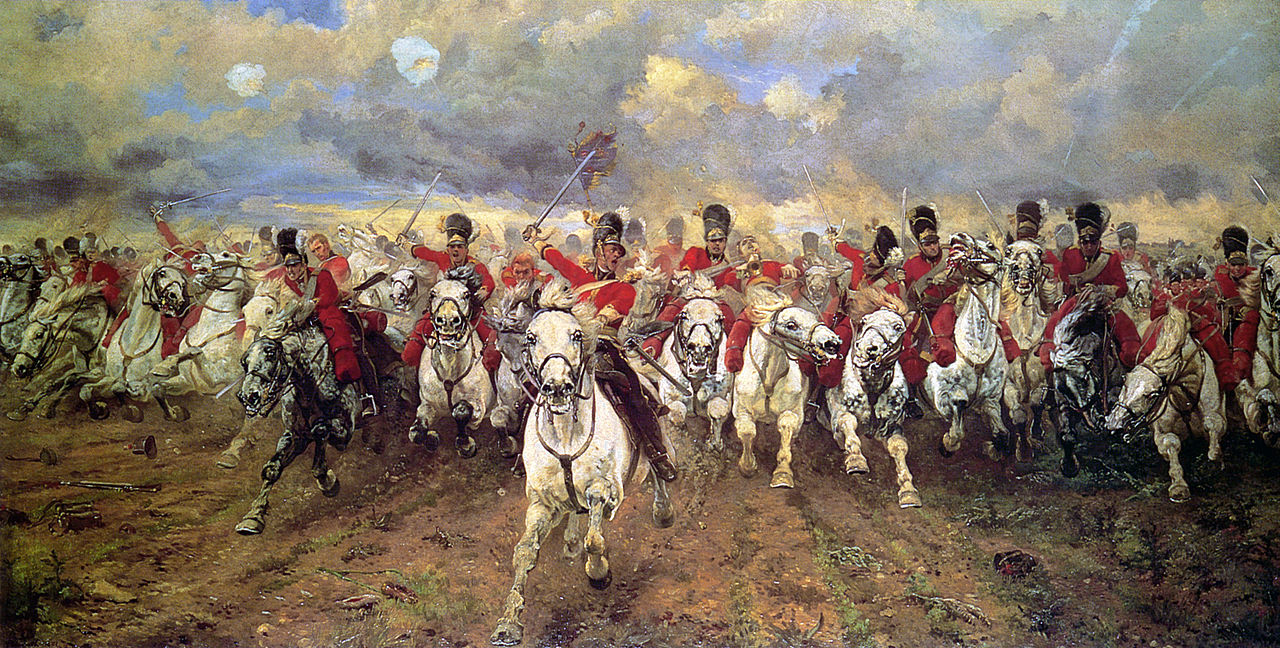 Scotland Forever: The Charge of the Scots Greys

Read an excerpt of Tarnished Honor:

It was energizing to be traveling again, invigorating to be out in the world, breathing fresh air and going somewhere. He enjoyed the solitude, the quiet, the absence of need to make conversation.

Her Royal Hotness, Sabrina York, is the New York Times and USA Today Bestselling author of hot, humorous stories for smart and sexy readers. With over 25 titles her books range from sweet & snarky to scorching romance. Visit her webpage at www.sabrinayork.com to check out her books, excerpts and contests.