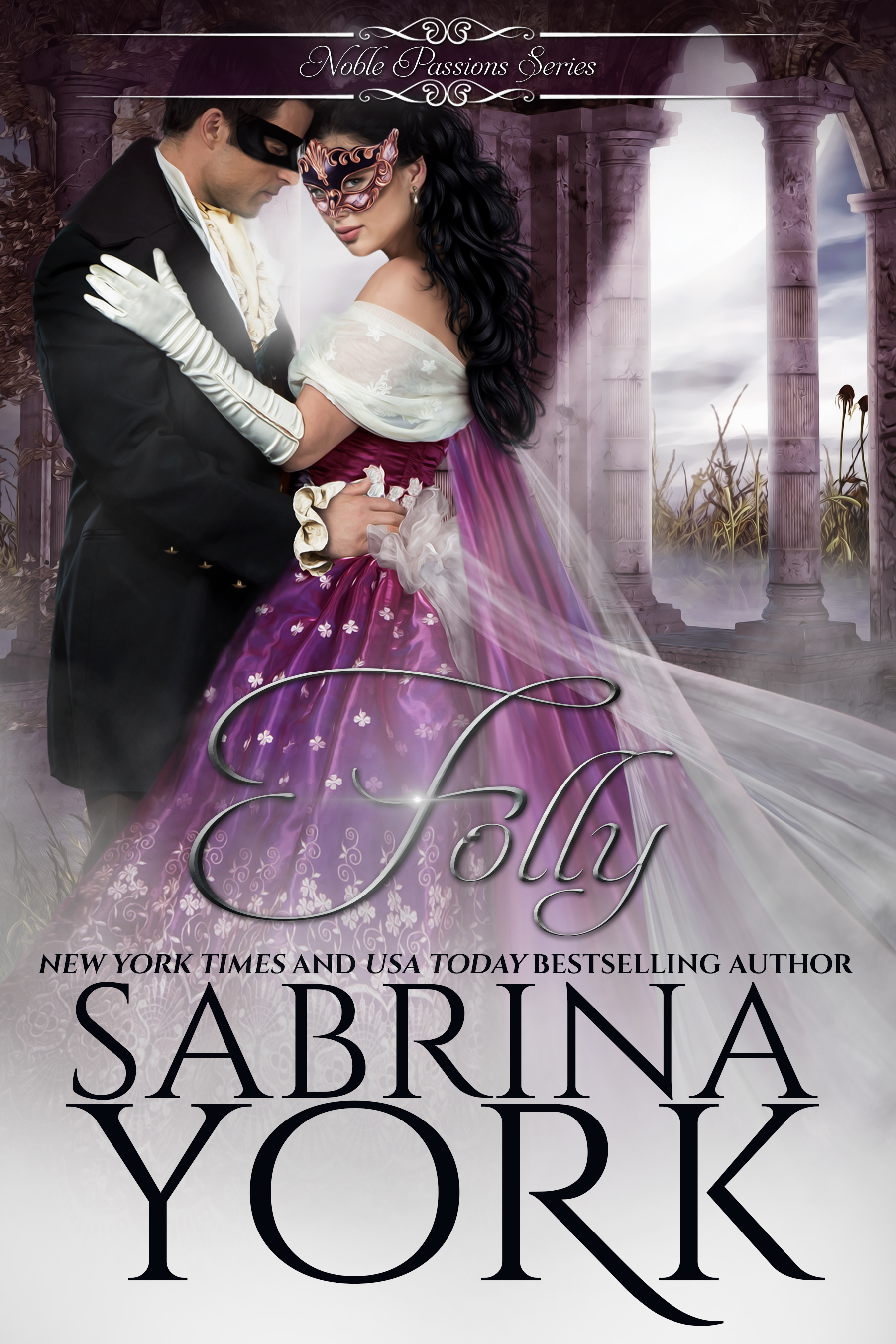 Widowed and threatened with penury by her heartless in-laws, Eleanor, Lady Ulster hatches a plot to save herself. Determined to produce the Ulster “heir,” she seduces a stranger at tawdry masquerade. Little does she know, this magnificent masked lover is none other than her husband’s greatest nemesis. And God knows, Ulster had plenty.

Ethan Pennington is mortified to arrive at the Earl of Darlington’s house party and discover Lady Ulster in attendance. He has wanted her and hated wanting her—his enemy’s bride—for years. When he overhears Eleanor’s predicament, and her plans to place a cuckoo in the Ulster nest, he is more than willing to oblige. The opportunity to finally have her, while taking the revenge he craves, is more than he can resist.

Ethan strikes a bargain with Eleanor, promising to provide her with the heir she so desperately needs…but requires she meet his needs in return—every decadent one of them. When he realizes she is the mysterious stranger who stole his heart on a moonlit night, thoughts of revenge melt away beneath the hope for something more. A fleeting affair becomes a seductive courtship, and then a desperate pursuit as Ethan realizes…he is running out of time to win her.

TOP PICK at Night owl reviews: “One of the best historical romances I’ve ever read…everything I like about romances; a handsome, mysterious hero, a strong, but vulnerable heroine, comical side characters, a cruel villain, and just the right amount of a physical relationship between characters. The book a page-turner. I couldn’t put down. York really knows how to write a truly steamy, exciting, and satisfying romance.” Read the full review at Night Owl Reviews

An Excerpt from Folly:

Ethan carried Eleanor directly to his room, fully prepared to defend his actions, but they saw no one, not even a footman in the hall. Of course, he was moving fairly quickly. Hell. He had her in his arms, the most beautiful woman in the world. A woman he’d wanted—and hated wanting—from the instant he’d set eyes on her.

If he was being honest with himself—and now he could, because there was no reason left to lie—he’d dreamed about this moment. But it had always been just that. A dream. And a damn frustrating one to boot.

He’d fantasized about taking Ulster’s wife, punishing her for husband’s sins, making her beg and plead and weep for mercy, for his cock. He had, in the deep cloak of night, pleasured himself to visions of Eleanor tied to his bed or bent over the divan, languishing beneath the lash. But mostly, whimpering with pleasure beneath him.

But now, Ulster was dead. Eleanor was in his arms, compliant. Wanting him. Wanting him to fuck her. It was no longer a fantasy or a vague imagining. She was warm and heavy in his embrace, and he was minutes away from finally having her.

The anticipation was excruciating.

Gently, he set her on her feet in the center of the room and headed for the table by the window, bearing an assortment of decanters. He poured a drink and threw himself into the armchair by the fire, facing her, reveling in the fact she was here. In his room, his lair.

Exultation—that of a predator who had finally captured his prey—lashed through him.

“Take down your hair.”

She did so, pulling out the pins, one after the other until the heavy mass cascaded down her slender back. He stared at it, transfixed. He wanted nothing more than to wrap it around his fist and bring it to his nose and draw in her scent. But first…

She blushed and showed him her back. “I cannot.”

Rage and bitter disappointment flashed through him. “My lady, we have a bargain. You must do as I say.”

She glanced back at him, over her shoulder, and shot him a shy smile, a tentative offering. She lifted her hair, revealing a long line of tiny buttons running from her neckline to her hips. “I cannot take off my dress. You will have to unbutton me.”

Scalding lust replaced his rage in an instant. He was rock hard in a breath.

He swallowed a sudden pool of drool in his mouth. Bounding from his chair, he bolted across the room to her side.

The buttons were tiny and, truth be told, his fingers shook, but he managed—somehow—to undo them. He stroked the creamy vee of skin he revealed with the first few. A thrill shot through him, straight to his balls, when she quivered at his touch.

He was possessed, suddenly, of the urge to hold one side of the garment in each fist and rip. But he didn’t. For one thing, that would end this too quickly and he didn’t want to end this quickly. Instead, he satisfied his roiling hunger by nibbling on the back of her neck, licking and sucking on her nape as he blindly fumbled for the next button. And the next. When the gown opened far enough, he turned her and, slowly, drawing his palms over her shoulders, nudged the dress off. He swallowed as, bit by bit, her graceful shoulders were revealed. Then her chest.

Damn. She wore a chemise.

But her breasts, swollen and pert, were visible through the sheer material. Her nipples, puckered and fat, taunted him. Unable to resist, he thumbed a taut peak. She moaned, which brought his gaze up to her face.

God. She was beautiful, her lashes fanning her cheeks like sooty moons, her lips slightly parted and damp, her nostrils flared.

She colored. A red tide crept up her cheeks giving her a rosy glow.

Had he ever thought her cold? How had he ever decided she was reserved?

He could tell she was aroused. It was evident in her short, hard gasps, the trembling in her form, the rising scent of lust. It nearly drove him mad.

But he returned to his chair and sat, facing her once more. A whole room away.

It nearly killed him.

Her eyes flew open at his withdrawal. He nodded curtly in her direction. “There. You’re unbuttoned. Finish the job yourself.” Because, God, he wanted to watch her undress. For him.

She swallowed and nodded and let the dress fall to the floor.

He ground his teeth, bit his tongue, curled his hand in to a fist around the arm of the chair. Anything to keep from flying across the room, taking her in his arms and planting himself inside her.

No. He sat there in the plush chair and watched as she revealed herself to him. For once her dress fell, she lifted her chemise. His heart thudded in his chest—in his cock—as her creamy belly, her abdomen and finally, her breasts were bared.

God. She was beautiful.

She pulled the chemise all the way off and let it fall to the floor. Let her gaze fall as well. She peeped up at him, standing there in nothing but her drawers.

“Finish it,” he growled, his voice as rough and uneven as gravel.

She hesitated only for a heartbeat then hooked her thumbs into the waistband and tugged her drawers off.

At the sight of that silken triangle damp with dew, his heart stuttered.